Coronavirus - We are currently in the Amber Readiness Level, which means outdoor activities only. For the latest updates, please click here. 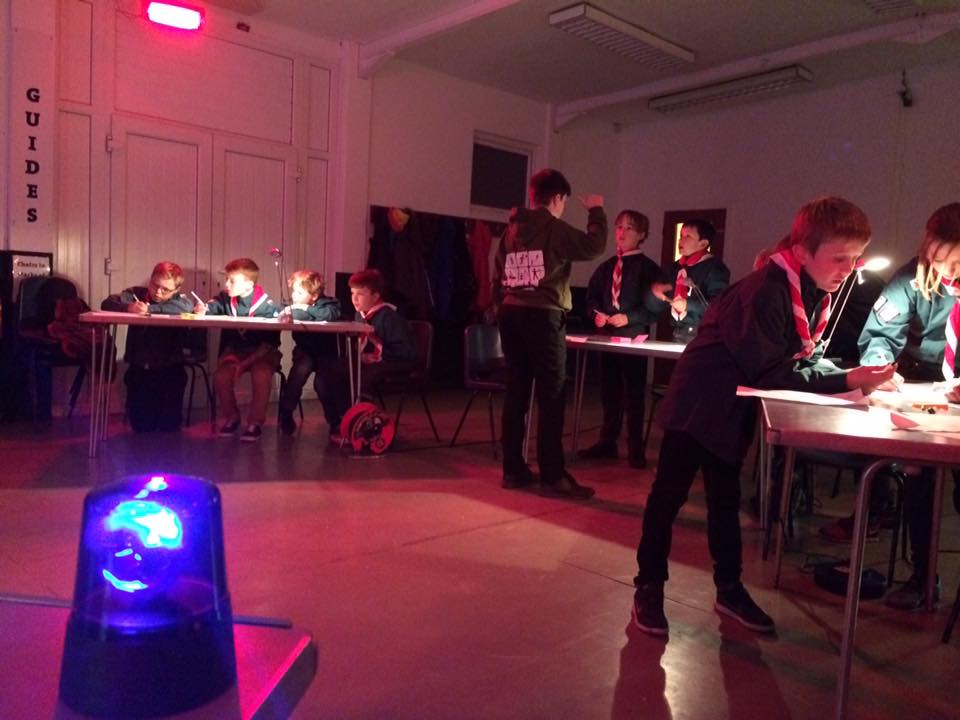 This programme idea for Scouts was taken from the Ordnance Survey website but we’ve tinkered with it a bit and added a powerpoint presentation which makes it work better.

It’s basically a ‘brain game’ type activity with the Scouts in a Police command centre reacting to a major road accident. They pass instructions to the ‘brain’ which is two or more people acting as the outside world. For example if the team want an ambulance they must pass a note to the brain asking for the ambulance service to be contacted. If they want an interview with the media, the brain will arrange that. The brain must use their imagination to make up plausible responses to the Scouts’ requests and questions.

The brain can make the game more fun by throwing in ‘spanners’ to their plans. Our brain was two Young Leaders and they came up with some great ideas such as pointing out to the Scouts that a major pop concert was happening in the area and asking what they wanted to be done. This wasn’t ‘on the script’ but threw in another thing for the Scouts to thing of. 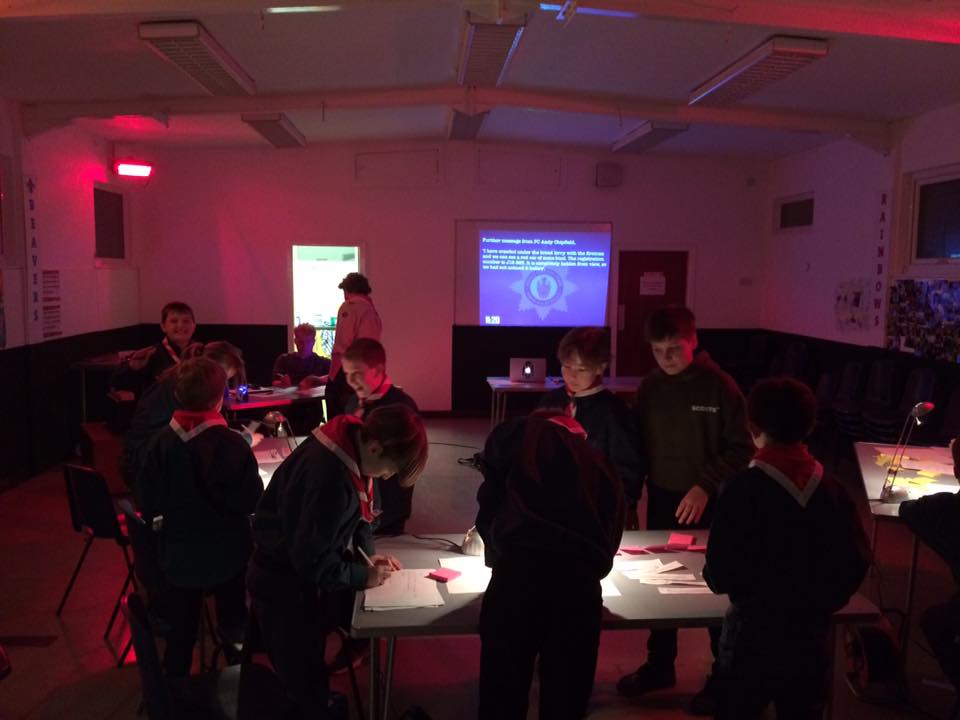 The game was made more life-like by using a big projector screen which information came up on, and the only other light was desk lamps on the tables the teams where using – oh, and some flashing blue lights too!

The powerpoint presentation relays information automatically from the emergency services and acts as the master clock for the activity, which takes about 1½ hours.

Thanks to the Ordnance Survey for coming up with a fantastic idea.